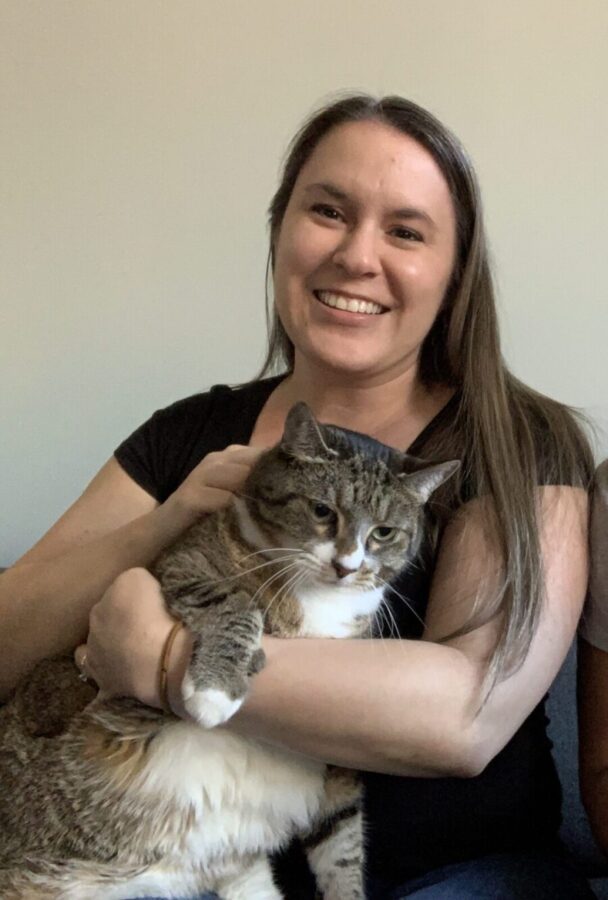 Kimberly (she/her) worked in various marketing roles at The Intrepid Sea, Air & Space Museum and the BRIC Celebrate Brooklyn! Festival before starting at PAWS NY in early 2020. Originally from Ohio, Kimberly has always been a cat person and grew up with cats, dogs, frogs, and hamsters as pets.

A graduate of Northwestern University’s Medill School of Journalism, Kimberly spent several years working as a reporter and writer before transitioning into the world of nonprofits. A passion for giving back to the community and working with animals drew her to the mission of PAWS NY. As Director of Communications, her work helps increase awareness of the organization and connect with new partners and supporters.

Having moved to NYC in 2004, Kimberly currently lives in Brooklyn with her husband Michael and their 11-year-old cat Franklin, who enjoys napping in seemingly-uncomfortable positions, scratching chairs, and playing with ribbons.