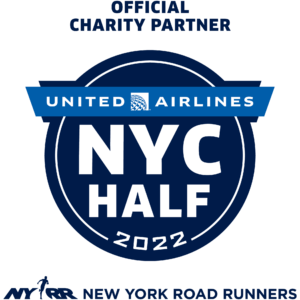 The organization has participated as a Charity Partner for the United Airlines NYC Half each year since 2016.

New York, December 10, 2021—Pets Are Wonderful Support (PAWS) NY was named an Official Charity Partner for the 2022 United Airlines NYC Half. The race, which will take place on Sunday, March 20, 2022, will give runners the opportunity to pass by many of New York City’s most popular sights, including Brooklyn’s Grand Army Plaza, the United Nations, Grand Central Terminal, Times Square, and Central Park.

“We are thrilled to once again partner with the United Airlines NYC Half, which gives PAWS NY the ability to raise funds and awareness to help us support vulnerable New Yorkers as they care for their animal companions,” said Rachel Herman, Founder and Executive Director of the organization. “We look forward to having a dedicated team of runners take on the United Airlines NYC Half on behalf of our organization—training, preparing, and ultimately completing the 13.1-mile race for a cause that is both meaningful and close to each and every one of them.”

The mission of PAWS NY is to help New York City residents who are most at-risk of losing their pets due to physical and financial obstacles they face, with particular emphasis on low-income seniors and individuals suffering from illness or disability. The organization’s programs and volunteers provide support to help keep pets in their homes with the people who love them and out of the shelter system. PAWS NY will participate in the United Airlines NYC Half Charity Partner Program, along with 15 runners who will participate in the Half Marathon on Sunday, March 20, 2022. These runners will commit to raising critical funds on behalf of the organization, allowing PAWS NY to continue to help clients overcome the physical and financial limitations they face caring for their animal companions.

“We are proud to welcome PAWS NY as an official charity partner of the 2022 United Airlines NYC Half,” said Christine Burke, senior vice president of strategic partnerships and runner products for New York Road Runners. “Our charity partners are an integral part of the United Airlines NYC Half and provide thousands of runners dedicated to making a difference in the lives of those in need an opportunity to add meaning to their miles.”

The mission of PAWS NY is to help New York City’s most vulnerable residents remain with their pets by delivering critical programs and services through a community of partners and volunteers. Our programs help keep pets in their homes while protecting and promoting the human-animal bond that is so physically and psychologically valuable to our clients.  Thus, our motto: helping people by helping pets. To learn more, visit www.pawsny.org.

NYRR’s mission is to help and inspire people through running. Since 1958, New York Road Runners has grown from a local running club to the world’s premier community running organization. NYRR’s commitment to New York City’s five boroughs features races, community events, free youth running initiatives and school programs, the NYRR RUNCENTER featuring the New Balance Run Hub, and training resources that provide hundreds of thousands of people each year, from children to seniors, with the motivation, know-how, and opportunity to Run for Life. NYRR’s premier event, and the largest marathon in the world, is the TCS New York City Marathon. Held annually on the first Sunday in November, the race features 50,000 runners, from the world’s top professional athletes to a vast range of competitive, recreational, and charity runners.  To learn more, visit www.nyrr.org.